Grain market: download the most recent datasets featured by an Ai-driven market research platform. Info include consumption, exports, production, market size, companies, imports, trade, and market prices. There is a breakdown by region, including Russia, the U.K., the U.S., Latin America, Africa, the Middle East, China, and EU. Market dynamics and outlook to 2030 are also provided in the dashboards.

Get FREE access to the latest data and statistics on the Grain Market.

In value terms, China led the market, alone. The second position in the ranking was occupied by the United States. It was followed by India.

Prices varied noticeably by the country of origin; the country with the highest price was Canada ($288 per ton), while Brazil ($172 per ton) was amongst the lowest.

From 2018 to 2020, the most notable rate of growth in terms of prices was attained by Kazakhstan, while the other global leaders experienced more modest paces of growth.

From 2018 to 2020, the most notable rate of growth in terms of prices was attained by Mexico, while the other global leaders experienced more modest paces of growth.

In value terms, the largest grain importing markets worldwide were China ($7.1B), Japan ($5.3B) and Egypt ($4.7B), together comprising 18% of global imports.

China saw the highest growth rate of the value of imports, among the main importing countries over the period under review, while purchases for the other global leaders experienced more modest paces of growth.

In value terms, the United States ($17.9B), Argentina ($9.6B) and Russia ($9.3B) appeared to be the countries with the highest levels of exports in 2020, together comprising 39% of global exports. These countries were followed by Ukraine, Canada, France, Brazil, Australia, Germany, Romania, Poland, Hungary and Kazakhstan, which together accounted for a further 47%.

Poland recorded the highest growth rate of the value of exports, among the main exporting countries over the period under review, while shipments for the other global leaders experienced more modest paces of growth.

Driven by increasing demand for grain worldwide, the market is expected to continue an upward consumption trend over the next decade. Market performance is forecast to decelerate, expanding with an anticipated CAGR of for the period from 2020 to 2030, which is projected to bring the market volume to by the end of 2030.

This report provides an in-depth analysis of the grain market in Northern America.

This report provides an in-depth analysis of the global grain market.

This report provides an in-depth analysis of the grain market in Australia and Oceania.

This report provides an in-depth analysis of the grain market in Latin America and the Caribbean.

This report provides an in-depth analysis of the grain market in Africa.

This report provides an in-depth analysis of the grain market in Eastern Asia.

This report provides an in-depth analysis of the grain market in South-Eastern Asia.

This report provides an in-depth analysis of the grain market in Southern Asia.

This report provides an in-depth analysis of the grain market in the Middle East.

This report provides an in-depth analysis of the grain market in Central Asia.

Category
Geography
Why India's Wheat Prices are Rising
Jul 7, 2022
102
After two years of growth, the Indian wheat market decreased by -1.7% to $29.9B in 2021. The market value increased...
Why Europe Has Increased Coal Imports from Abroad
Jul 5, 2022
155
Coal imports to a hub in the first half jumped 35% from a year earlier. Low inventories and concerns over energy security are prompting the move.
U.S. Meat Market Trends 2022
Jun 24, 2022
133
The U.S. meat market is expected to grow in the next few years, with poultry and pork leading the way.
U.S. Sorghum Prices to Climb 2% This Year After Spiking 55% in 2021
Feb 4, 2022
274
In 2021, sorghum prices in the U.S. rose by 55% y/y to $5.94 per bushel or $234 per ton. This year, prices are projected to gain 2% y/y, instigated by boosting demand from China and rising fertilizer expenditures.
China's Rice Imports Exceed Record 3.2M Tons with Skyrocketed Purchases from India
Jan 17, 2022
313
Throughout January-August 2021, China's rice imports reached 3.2M tons, the highest level ever. India sharply boosted supplies of broken rice to 1M tons, becoming the largest exporter to China. Broken rice purchases from other leading suppliers, Vietnam, Pakistan and Thailand, have also risen.
EU Grain Prices to Drop on Lower Feed Demand, but Rising Energy Costs Impugn Forecast
Jan 7, 2022
395
By 2024, EU grain prices are expected to decrease moderately due to falling demand for livestock feed. There's a risk that if high prices for gas and a related fertilizer imbalance continue for several years, they may negate effects from the demand change. Expected increases in consumption of organic produce could also buoy the prices. By 2025, grain trade in the EU will decline by 8% to 84М tons due to diminished production and tough competition in global markets.
Chicken Meat Prices Skyrocket Due to Restored Demand in the HoReCa, a Flash of the Bird Flu and Increasing Costs for Grains
Aug 18, 2021
507
Since the start of 2021, prices in the global chicken meat market shot up as a result of high demand, rising costs for feed grain and food as well as a decreasing rate of chicken slaughter in the EU, South Korea and Japan. Heightened costs for shipping containers are additionally driving the growth in export prices. As of year-end 2021, worldwide production and exports of chicken meat are forecast to remain at the previous year’s level. Demand for chicken meat in China is dropping while the pig population in the country is recovering and hog prices are decreasing. Saudi Arabia’s ban on imports of chicken products from Brazil may lead to diminished exports from that country.
The Bread and Bakery Market in the EU Has Recovered from the Pandemic but Runs into Growing Prices
Jul 20, 2021
471
In 2020, the total bread and bakery market in the EU countries and in the UK slightly dropped to $88.7B due to lockdowns in the HoReCa segment. In the second half of 2020, demand began to rebound quickly, and in 2021, the output of bread and baked goods reached pre-pandemic levels. In the past six months, prices for bread slightly increased due to the rising costs of grains. In the mid-term, higher prices are forecast because of accelerated inflation for commodities globally. The gradual population growth in tandem with the growing desire for organic, wholegrain and gluten-free bread, as well as bread with immunity-boosting supplements, will drive the market in the medium term.
Global Sorghum Production is Booming Due to Strong Demand in China
Jul 9, 2021
558
In 2021, global sorghum production will grow by 5%, boosted by growing supplies to China. Sorghum imports to the country are expected to rise by 28% compared to the previous year, driven by the increasing demand for animal feed. Prices will continue to rise in line with other cereals, following accelerated food inflation. The advantage of sorghum as a more drought-tolerant crop will allow this product to compete seriously with corn and will further stimulate market expansion.
Russian Export Ban Could Lead to a Shortage on the Global Buckwheat Market
Jul 7, 2021
391
In the immediate term, the global buckwheat market may face a shortage due to an export ban introduced in Russia. The country, being the largest producer and exporter of buckwheat, restricted exporting unprocessed buckwheat, coarsely ground buckwheat groats, and crushed buckwheat grain from June 5, 2021, to August 31. Russia took this step to preserve the volumes of the buckwheat grain for its domestic consumption and prevent a spike in prices inside the country. China, Latvia and Ukraine featured the most prominent increases in imports from Russia in 2021. 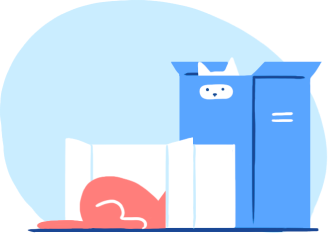